The University of British Columbia is a public research university located in British Columbia, Canada. Established in 1908, it has two campuses, one in Vancouver and the other in Kelowna, collectively serving more than 54,000 students.

More than 400 hectares in size, the stunning campus is surrounded by forest on three sides and ocean on the fourth, and is just a 30-minute bus ride to Vancouver’s downtown core. The campus has been located on this site for most of its 100-year history; a location that is the traditional, ancestral, and unceded territory of the Musqueam people.

UBC is one of the Top 40 universities in the world, according to a 2013 Times Higher Education ranking. UBC faculty, alumni and researchers have won seven Nobel Prizes and 67 Rhodes Scholarships, while two alumni have gone on to become Canadian prime ministers.

UBC boasts the highest entrance requirements for undergraduate admission in Canada. Our students come from 140 countries across the world to attend an extraordinary research institution that is enriched by the wide variety of experiences and perspectives of its students, faculty and staff. 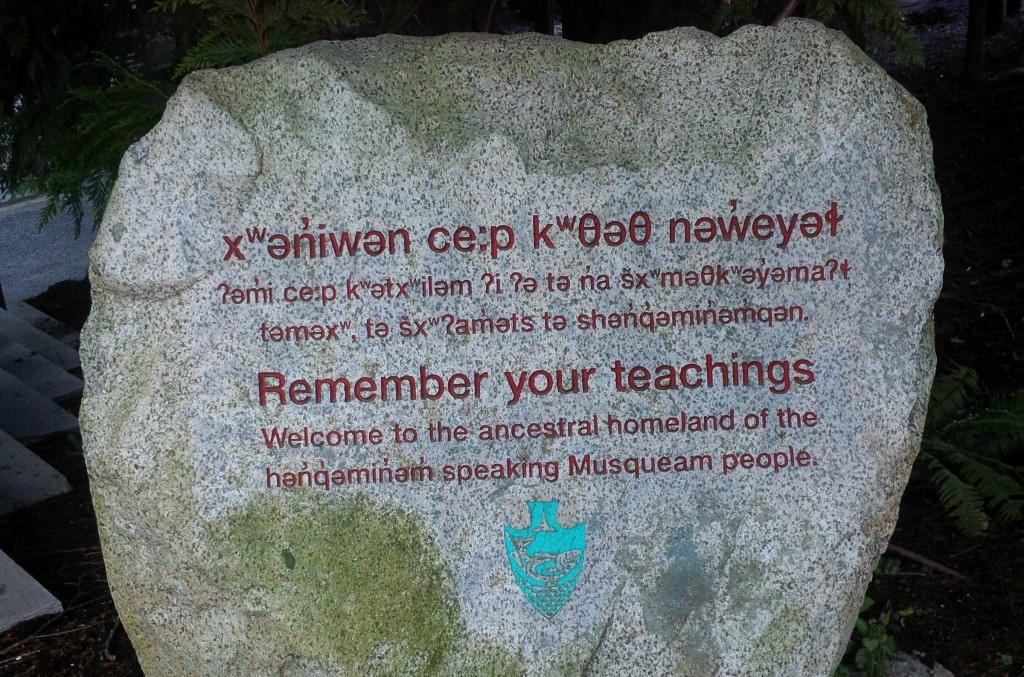 At the Welcome Plaza in front of the Museum of Anthropology at UBC. Photo by Sarah Ling, 2015.